GPS Hiking and The Evolution of Navigation

On sunday August 25, 2015 I provided a talk/workshop for a local knowledge network of friends and acquaintances in Amsterdam. TLDR; see gps.justobjects.nl . Originally, I would talk about “Hiking with GPS”. But as I started pondering about this subject I decided to broaden the content to include also the evolution of navigation. My reasoning was: 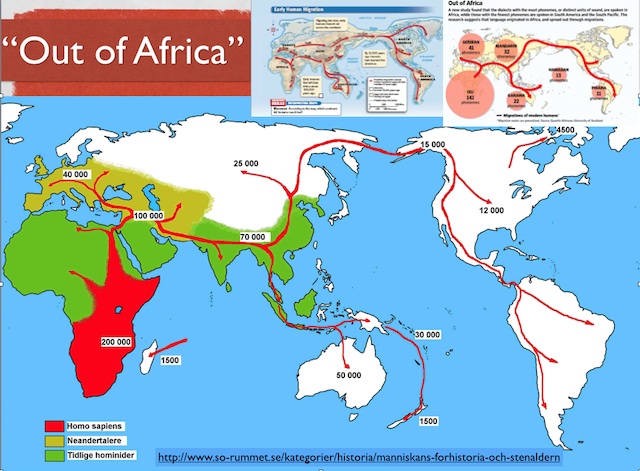 So I combined all these elements into a new title/subject “GPS Hiking and The Evolution of Navigation”. See also these slides .

Natural Navigation is not just about finding direction by sun, moon and stars, but in particular by interpreting our natural surroundings, i.e. the land, the plants, the trees and animals. Natural forces shape these surroundings, making them asymmetric under the influence of their prevailing forces. This asymmetry in nature provides clues for example where the North is. 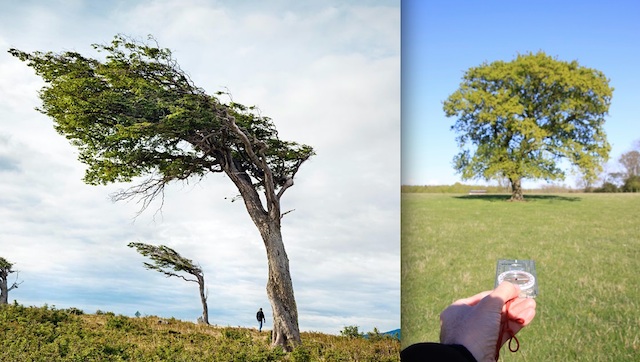 For instance: sun, rain and wind strongly shape the direction that trees and their branches grow. A prevailing south-western wind will bend trees slightly north-east.

But also mosses and lichen on trees give clues about direction. This has saved me once in finding my way when hiking on a cloudy day without GPS and an emptying smartphone.

To get started with Natural Navigation I recommend the books by Tristan Gooley via www.naturalnavigator.com . 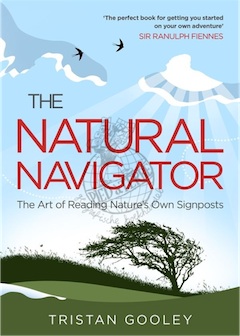 I am also intrigued in how early humans navigated. As hunter/gatherers we had to cross enormous stretches of land, often going far out from a base camp for a hunt or food collection. Did these first humans use dogs for navigation, made landmarks?They sure must have been masters at Natural Navigation. We can get some clues from indigenous people today. Years ago I read a fascinating book “The Songlines” by Bruce Chatwin , which in short told how Australian Aboriginals could navigate throughout their continent, or as Wikipedia explains :

“Within the animist belief system of Indigenous Australians, a songline, also called dreaming track, is one of the paths across the land which mark the route followed by localised ‘creator-beings’ during the Dreaming (creation time, JvdB). The paths of the songlines are recorded in traditional songs, stories, dance, and painting. 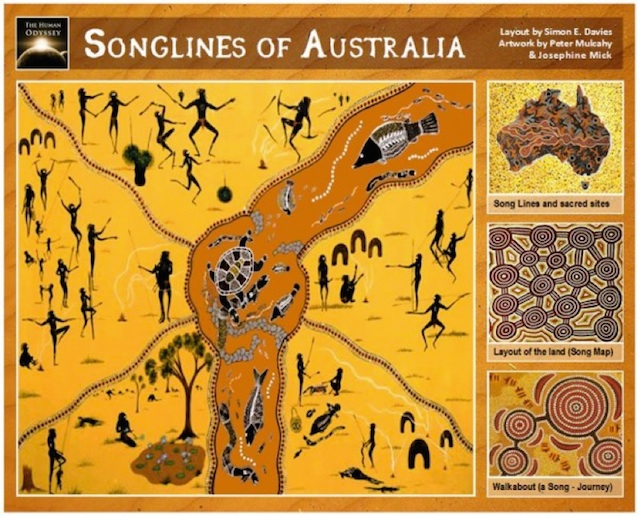 A knowledgeable person is able to navigate across the land by repeating the words of the song, which describe the location of landmarks, waterholes, and other natural phenomena.” 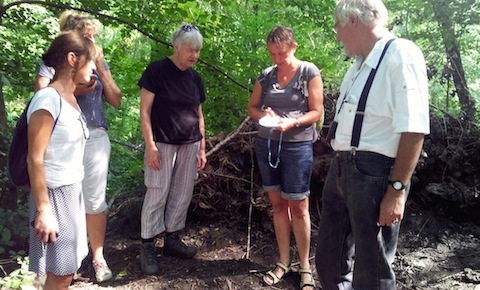 We ended the session by doing an exercise with both Natural Navigation and following a route and GeoCaching with GPS. Here my Map5.nl NLTopo App appeared useful for those without GPS. 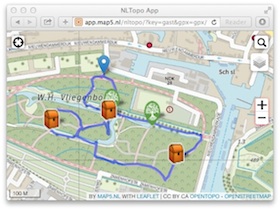 It was fun afternoon, maybe something to reenact in another setting. Let me know if you are interested.

You can find the landing page of this talk/workshop at gps.justobjects.nl and slides on Slideshare . In Dutch but you may view the page via Google Translate .