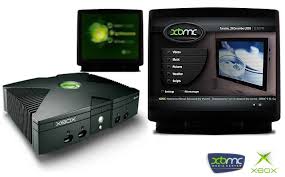 The stuff below was written in 2003. Much has happened since on what may be called the “Home Media Center”. For example Linux Myth TV on a barebones PC like the Asus Pundit. The stuff below is for reference.

Around the house I have numerous devices that each serve multimedia functions:

So far the Hauppage WinTV PVR 350 seems to match
this feature set only the reviews are differing. But most importantly the
SourceForge project that develops PVR Linux drivers for its MPEG-2 capabilities seems to have been abandoned. UPDATE: A new? sourceforge project is going strongly. Capturing a video stream from the MPEG encoder seems to work.

Linux Media Labs has produced a couple of linux video capture cards.The LML33 is a hardware Motion JPEG capture card, and the LMLM4 does hardware MPEG-4 compression. They are a bit expensive and I’m not sure either of those cards has a bulid-in tuner.

Need more research on ATI cards like the ALL-IN-WONDER® RADEON 8500 . It seems a bid odd to have an integrated video/TV card…
http://gatos.sourceforge.net – Linux drivers for TV

The Search for a Silent Box